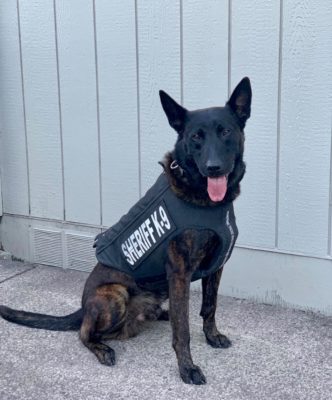 Coda is a Dutch Shepherd who was born on April 3rd, 2015 in The Netherlands. He was selected by the Clackamas County Sheriff’s Office in August of 2016 to be the next K-9 for CCSO. Coda is cross-trained in both patrol and narcotics work. He is certified through the Oregon Police Canine Association for both and is currently assigned to patrol with Deputy Scott Krause. When Coda is not working, he enjoys lounging around in the yard and going on walks with Deputy Krause’s family. 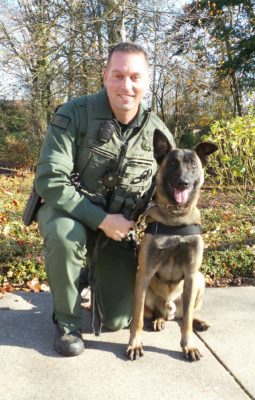 Urban is a Belgian Malinois born August 20th 2015, imported from the Netherlands. Urban was purchased from Vohne Liche Kennels located in Denver, Indiana on August 12, 2016. He’s currently certified through the Oregon Police Canine Association for patrol and narcotics detection. His favorite toy is his glow in the dark chuck-it ball. His favorite thing to do while off duty is to play with retired K9, Kilo. 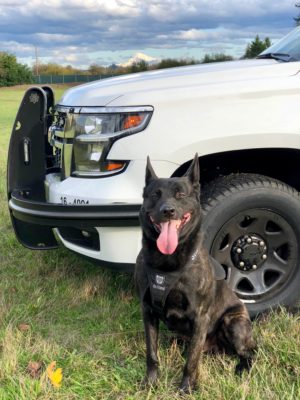 Grimm is a Dutch Shepherd and weighs about 100lbs.  He was born on March 28, 2012 in Netherlands.  Grimm was raised in Germany by Carsten Ingenpass since he was 5 & ½ weeks old.  Grimm grew up with a French Bulldog named Kenny.   Kenny now helps train one of Grimm’s puppies named Ajax.  Grimm was trained and competed in the KNPV sport world.  When he competed he almost had a perfect score 433/435 points.  Grimm came to America via Adlerhorst International and was selected to join the Clackamas County Sheriff’s Officer in November 2015.  Grimm completed his basic patrol school in February 2016 and his basic narcotics school in April 2016.  Grimm assists Patrol Officers, Narcotics Detectives, SWAT, DEA and other neighboring agencies when needed. 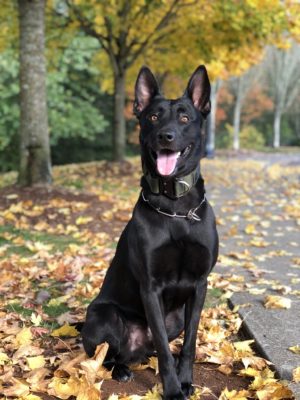 Ajax (pronounced Aye-Ox) is a Dutch Shepherd, born on September 8, 2015. Ajax was raised and trained in Germany by Carsten Ingenpass, and is the son of Grimm. Just like his dad, he grew up with Kenny, Carsten’s bulldog, who helped train him. In July 2017, father and son were reunited and now work together at the Sheriff’s Office. When off duty, Ajax loves hanging out with his family. After a long day at work, he enjoys curling up on the couch with his favorite boys. 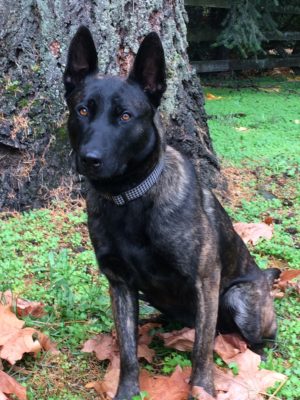 Valli is a Dutch Shepherd/Belgian Malinois mix, born on February 5th, 2016 in Germany.  She is the niece of CCSO K9 Grimm and was directly imported from her original trainer in Germany.  She is the only female currently working for the CCSO and has no problem holding her own with the other K9’s on the team.  She loves sniffing, exploring, cuddling and pumpkin spice lattes. 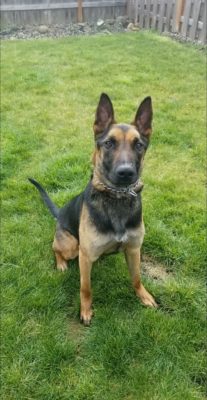 Abbie is a Belgian Malinois and German shepherd mix born March 15th 2016 in the Netherlands. She’s currently certified through the Oregon Police Canine Association for narcotics detection.  Abbie is trained to detect four different narcotics. She is primarily utilized to sniff for narcotics in the Clackamas County Jail. Off duty Abbie likes to lay in the sun, play fetch with her tennis ball, and play with her friend Leonard, her handler’s English Springer Spaniel. 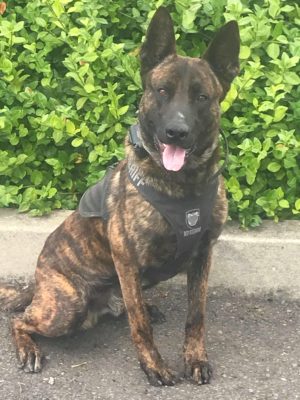 Duco is a Dutch Shepherd/Belgian Malinois born on March 5th, 2017 in The Netherlands. He was selected by the Clackamas County Sheriff’s Office in May 2018 to be the next K-9 for CCSO. Duco is cross-trained and certified for patrol and narcotics work. His certification is through the Oregon Police Canine Association. He is assigned to patrol with Deputy Sam Eason. When Duco is not working, he enjoys playing with the family pet Labrador, “Libby” and going on walks with Deputy Eason’s family.