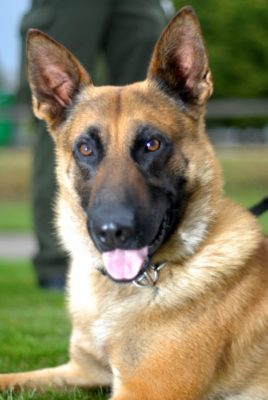 Nero was born on March 13th, 2005 in the Czech Republic. He is a German Shepherd/Belgian Malanois mix. Nero came to the CCSO when he was 1.5 years old. He is cross trained for both patrol and narcotics work with Sgt. Brad O’Neil.

Before his retirement this month, Nero put in almost 10 years of service to the citizens of Clackamas County.
During this time, Nero has been the star of his own comic book series (Mik and Nero Comic Books) and he also modeled for artist Rip Caswell in order to make a real life scale statue for the Clackamas County Peace Officer Memorial.

In his retirement, Nero enjoys being able to spend time inside the house with Sgt. O’Neil chewing on his kong at the ripe old age of 11.5 years old. 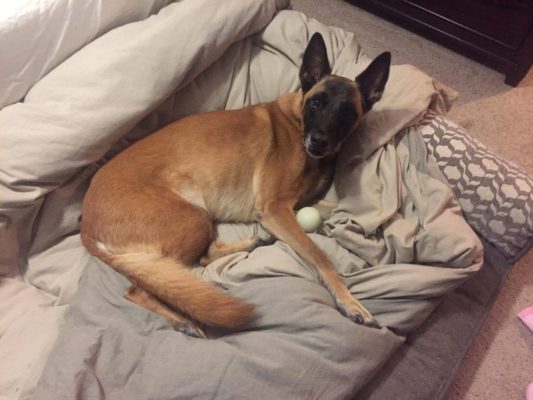 Kilo was born on August 1st, 2008. As a puppy, she was purchased by Master Trainer Deputy Hilary Robinson as a personal pet. Deputy Robinson saw huge potential in her at a very young age and started training her in both patrol and narcotics detection.

At the age of 9 months, Kilo was state certified for both patrol and narcotics and started working for the Clackamas County Sheriff’s Office. This would prove to be the youngest any dog in the state had been certified to work as a police dog. 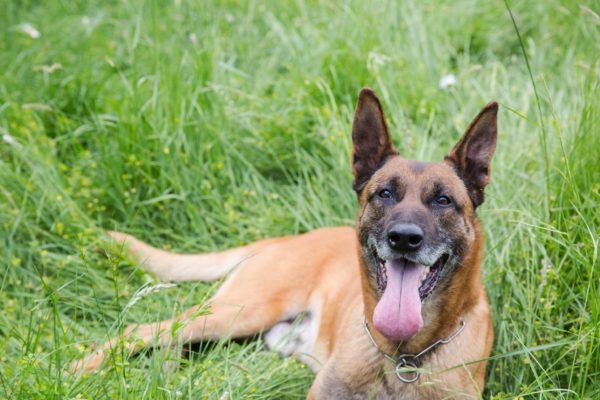 Our next retired K-9 we’d like to introduce is Max. Max is a Belgian Malanois and was born on January 28th, 2006 in Netherlands. He began his service with Clackamas County Sheriff’s Office in 2009 and retired in November 2015 as a single purpose patrol dog. Max started his career working with Sergeant Jason Nall and then switched over to finish out his career with Deputy Erik McGlothin.

His favorite thing to do with his spare time is chewing on his Kong while sunbathing. 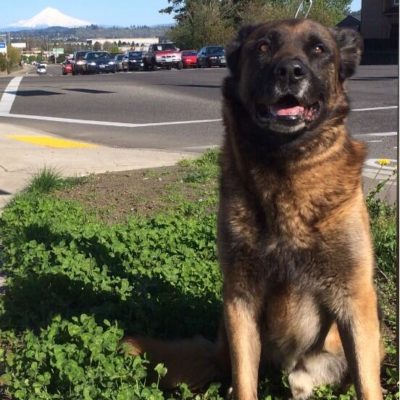 Wodon was born December 12th, 2003 in the Netherlands. He started working full time for the Clackamas County Sheriff’s Office in 2007 with his handler Sgt. Paul Coleman. Wodon was crossed trained for both patrol and narcotics.

He retired from the CCSO in June of 2015. Since his retirement he has been lounging around on his south Clackamas County acreage with Sgt. Coleman and his family. 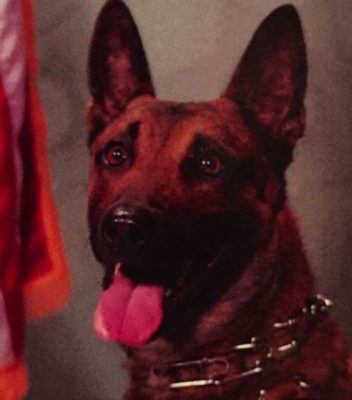 Vito is a Belgian Malinois who joined the Clackamas County Sheriff’s Office in 2014 from The Netherlands.  He was born on April 12th, 2012. He is trained in patrol and narcotic detection. Vito is known on the team for his endurance, speed and strength.  Vito is part of the Cameron family and enjoys watching the farm animals on their property, especially the goats and chickens.  Vito loves chasing a tennis ball until your arm is too tired to throw it any longer and will keep old tennis balls inside his kennel. 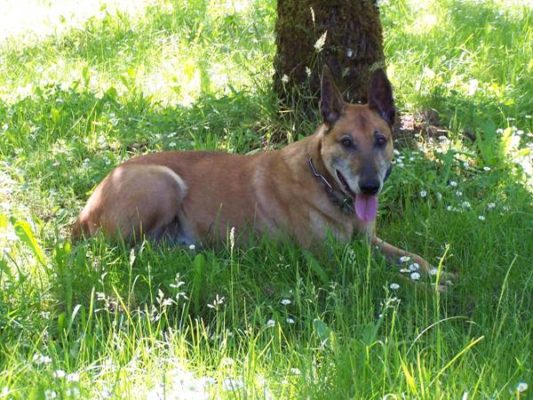 Bruno was born in 1995 and was a Belgian Malinois raised as a sport dog in Holland.  He came to the Sheriff’s Office in 1999 where he worked with Deputy Dave Byrne for the beginning of his career but then was transferred over to Deputy Don Boone after Deputy Byrne retired.  Bruno was not one for wanting to stay in his kennel.  He kept chewing through his normal kennel so we had to special order what has been called “The Velociraptor Cage”.  It was made out of high strength aluminum and had bars like a jail cell.  Bruno ultimately passed away from cancer. 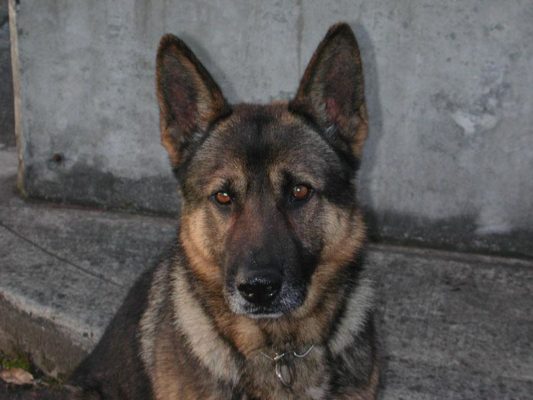 Dane was a German Shepherd who grew up in a Gypsy camp over in the Czech Republic.  He came to the Sheriff’s Office in 1996 where he worked with Deputy Don Boone as a crossed trained service dog for about 6 years.  He spent time working the Mexico boarder crossing during his initial drug school and chalked up may captures over his short career. 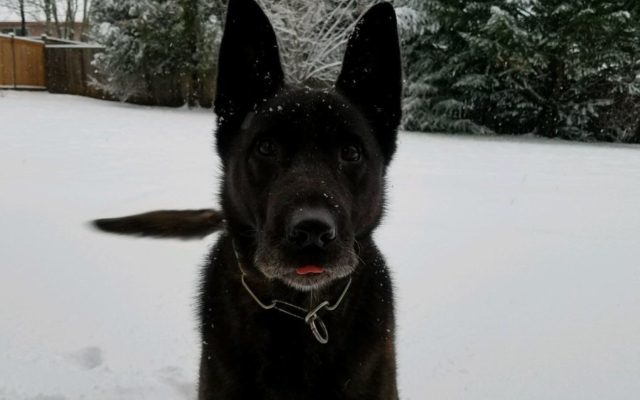 Spencer is a nine year old Dutch Shepherd imported to the United States from The Netherlands in 2010.  He is cross-trained for patrol and narcotics deployments.  He is happiest when in the patrol car ready to spring into action.  He loves to play ball with his kong but spends most of his time staring in the back window of his home waiting for a ride in the patrol car.  He loves attention and surprises people with his affection. 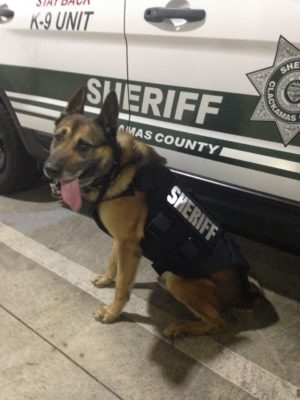 Marco is a Belgian Malinois born on February 3rd, 2007 in The Netherlands.  Marco was purchased by Adlerhorst International out of Riverside, California before being selected to join the Clackamas County Sheriff’s Office in 2011.  Marco is cross trained in both patrol and narcotics detection with Deputy Sam Eason.  During Marco’s days off, he enjoys lounging around on his home acreage and sleeping.